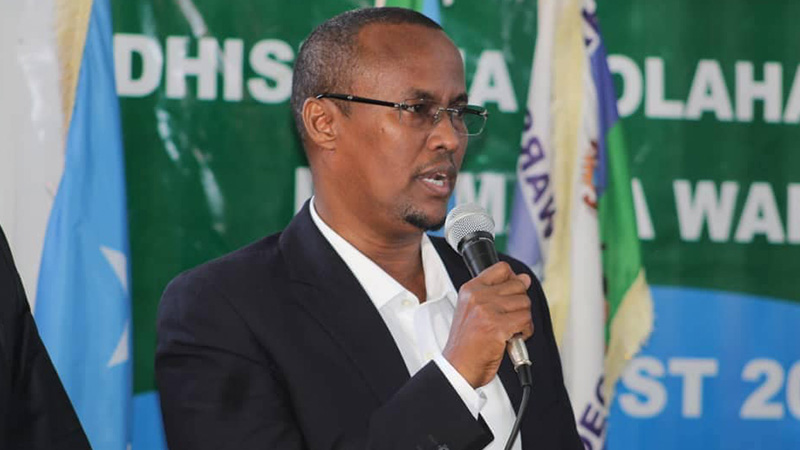 MOGADISHU (Somaliguardian) – President of southern Somalia’s Hirshabelle regional state Ali Gudlawe has boycotted a meeting between the prime minister and regional leaders aimed at revising terms of an election agreement signed on May 27.

The regional president, a former ally of the country’s president Mohamed Abdullahi Farmajo, would not attend a meeting called by the prime minister Mohamed Hussein Roble which is scheduled to be held in the capital Mogadishu within the next few days, his office said in a statement on Sunday.

Ali Gudlawe was not engaged in consultation over the matter and the outcome of the conference would not take effect in territory under the control of Hirshabelle administration, it added.

It is feared that this could create a new rift between federal and regional leaders, just weeks after a deal signed to hold elections within two months ended long-running dispute.

There are reports that Ali Gudlawe, who is on a visit to Turkey, had not been included in consultation over conference called by the prime minister and had missed a zoom-meeting last week, during which all other regional leaders shared their views on the date to hold the summit with the prime minister.

Several Killed in Car Bomb on Military Camp in Somalia

ABOUT US
Somaliguardian is an East African leading news website. We are impartial and independent, every day we create distinctive, world class content which inform and educate thousands of people in Somalia, East Africa and around the world. Get updated with our real time news coverage from Somalia, Africa and the entire world.
FOLLOW US
© 2021 Somaliguardian
error: Content is protected!