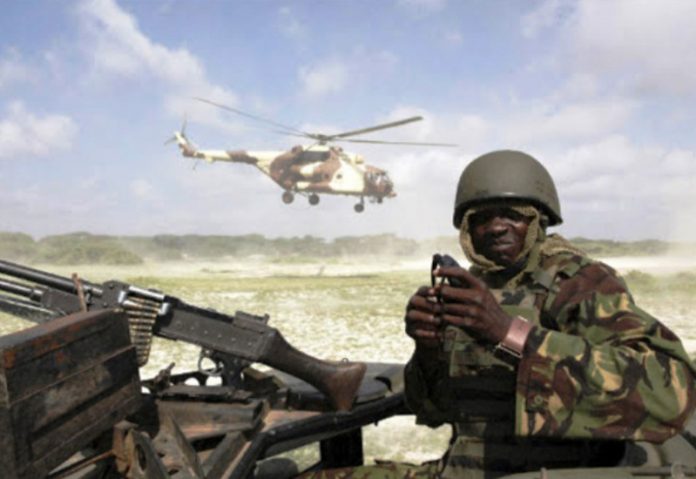 MOGADISHU (Somaliguardian) – Kenyan fighter jets bombed rural villages inhabited by pastoralist communities in the southern Somalia’s Gedo region on Tuesday, in an intensified air campaign that has caused an outage of telecommunications services in areas close to its border.

Among the villages targeted by the air raids are Hiiso-guur, Dhuuntoow, Yado and Bulo’adey near the town of El-wak in Gedo region.

Aerial bombardments destroyed masts belonging to the Somali telecommunications giant Hormuud, causing network outage in rural areas along border area, which has made difficult to receive information on the extent of damage caused by the Kenyan military strikes.

Civilians and their livestock are feared to be among the casualties in the air strikes, according to a resident who spoke to Mogadishu-based Shabelle Radio on Tuesday.

The sound of explosions as a result of the aerial bombardments have panicked rural residents inhabiting villages outside El-wak, he said.

Many have fled their homes after warplanes bombed civilian targets in the border area on Saturday night, though casualties have not been immediately known.

Kenya has not yet commented on the renewed air campaign launched by its military, which comes months after similar air raids that left many civilians triggered the ire of Somalia’s authorities and led to the severing of diplomatic relations between the two countries.