MOGADISHU (Somaliguardian) –  A suicide car bomb targeted a military base in Kalabayr area in central Somalia’s Hiran region on Friday, days after authorities in the region announced that they would launch an offensive against Islamist insurgents.

The base is home to members of Turkish-trained Gorgor Somali special forces. A number of soldiers were killed with many more wounded, reports say.

Among the dead is the commander of the camp Abdiqani Subagle, who has recently returned from advanced military leadership training in Turkey.

Hirshabelle authorities and Somalia’s army have not yet commented on the casualties inflicted by the bombing. 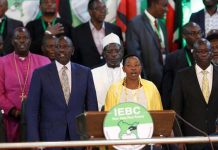