MOGADISHU (Somaliguardian) – Three suicide explosions targeted a military base in the central Somalia town of Baladweyne on Monday, killing at least 20 people including soldiers and officials.

Two vehicles exploded inside Lamagalaay military base, which is home to Hirshabelle presidential palace and Hiran regional headquarters, early on Monday morning.

Regional deputy governor Abukar Abdullahi Madey and minister of health Zakariya Hurre were killed in the blasts. A member of Hirshabelle parliament Gele Isaq and a police commander identified by local media as Col. Adan Ali were among those killed.

A third suicide blast hit a police station in the town on Monday afternoon targeting a convoy of Ethiopian and Djiboutian troops sent to assist with rescue operation in the aftermath of the attacks.

The attacks have left a trail of destruction at the heavily fortified military camp, damaging Hirshabelle presidential complex and Hiran regional headquarters.

Al-Shabaab has claimed responsibility for the explosions. The group’s military spokesman Abu Musab was quoted by Reuters news agency as saying that dozens of soldiers and officials had been killed.

The bombings came hours after Somali government said that a senior Al-Shabaab figure it identified as Abdullahi Nadir had been killed in an operation conducted by partner forces. 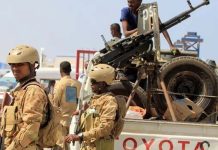 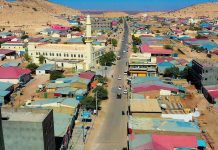 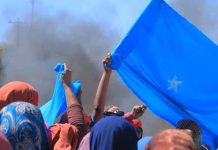 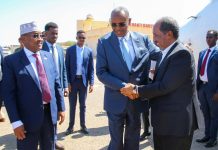 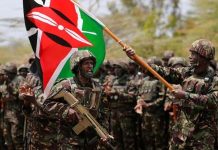 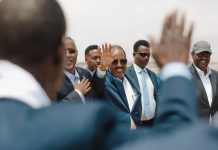 Somali President: “The only agenda I have is to see Somalia back on its own feet” 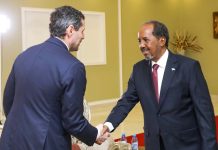