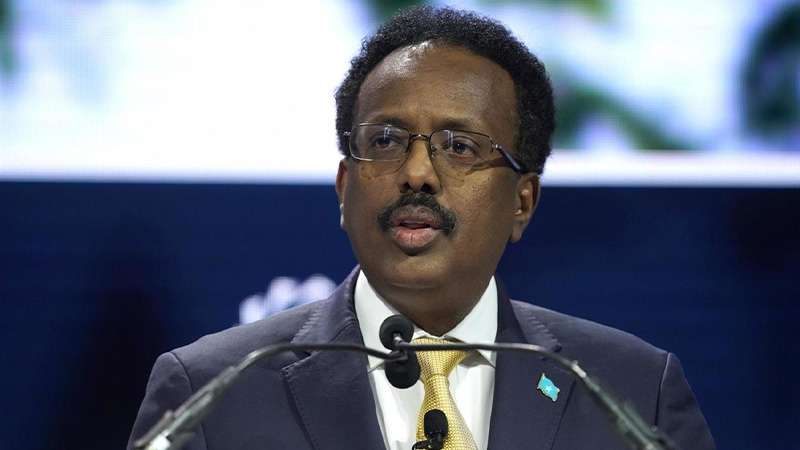 MOGADISHU (Somaliguardian) – Somalia’s president and speaker of parliament face pressure from the international community as they allegedly plan to extend their mandates despite opposition from some regional state leaders and a coalition of presidential candidates.

In a phone call on Sunday, the envoys of the United States, the United Kingdom, the United Nations, the European Union and other international partners warned the speaker of the Somali parliament Mohamed Mursal of going ahead with a vote to extend the term of the president, which ended nearly two months ago.

The ambassadors told Mr Mursal that mandate extension is “unacceptable” and that he will be held accountable for any such move. They raised fears that the country might descend into chaos and unrest if the government’s term is extended.

Before a vote expected to be held on Monday, the speaker suspended 15 opposition MPs from attending the next 5 sessions due to their alleged role in chaos at parliament hall on Saturday, but the MPs insisted that they would be present for the well anticipated vote, warning Mohamed Mursal that he will take responsibility if force is used to block them from participating in the sitting.

Foreign ambassadors in the capital also held virtual talks with president Farmajo to inform him that they will not support an extension of mandate for his government as the country at remains at precarious crossroads and urged him to stop pressing parliament to vote for his stay in power.

As a result of mounting pressure, the session has been postponed until Wednesday when the vote to extend both parliament and government’s mandates is due to be held, according to MPs close to the speaker.

It comes as the International Community is now busy on reconvening a summit between Somalia’s political stakeholders to break a long-standing deadlock over the upcoming elections, but critics of president Mohamed Abdullahi Farmajo say the new attempts are aimed at disrupting last-ditch efforts on resolving tensions amicably.